It has been over a month since I posted. I wish I could say this was because I was off in some exotic locale, but unfortunately it has been something much more mundane. I have had a lot of camera troubles. First my Nikon broke, then the card reader I was using for my little camera broke.
Frustrating!

I have some updates on the Knox Family Sampler. These photos were taken three weeks ago, so I am a bit father along now. I will post another photo just as soon as I can,

This shows the first row of letters and initials. It is stitched one over one.

Also, during this time I worked on a old WIP needlepoint called  Winter Watch. 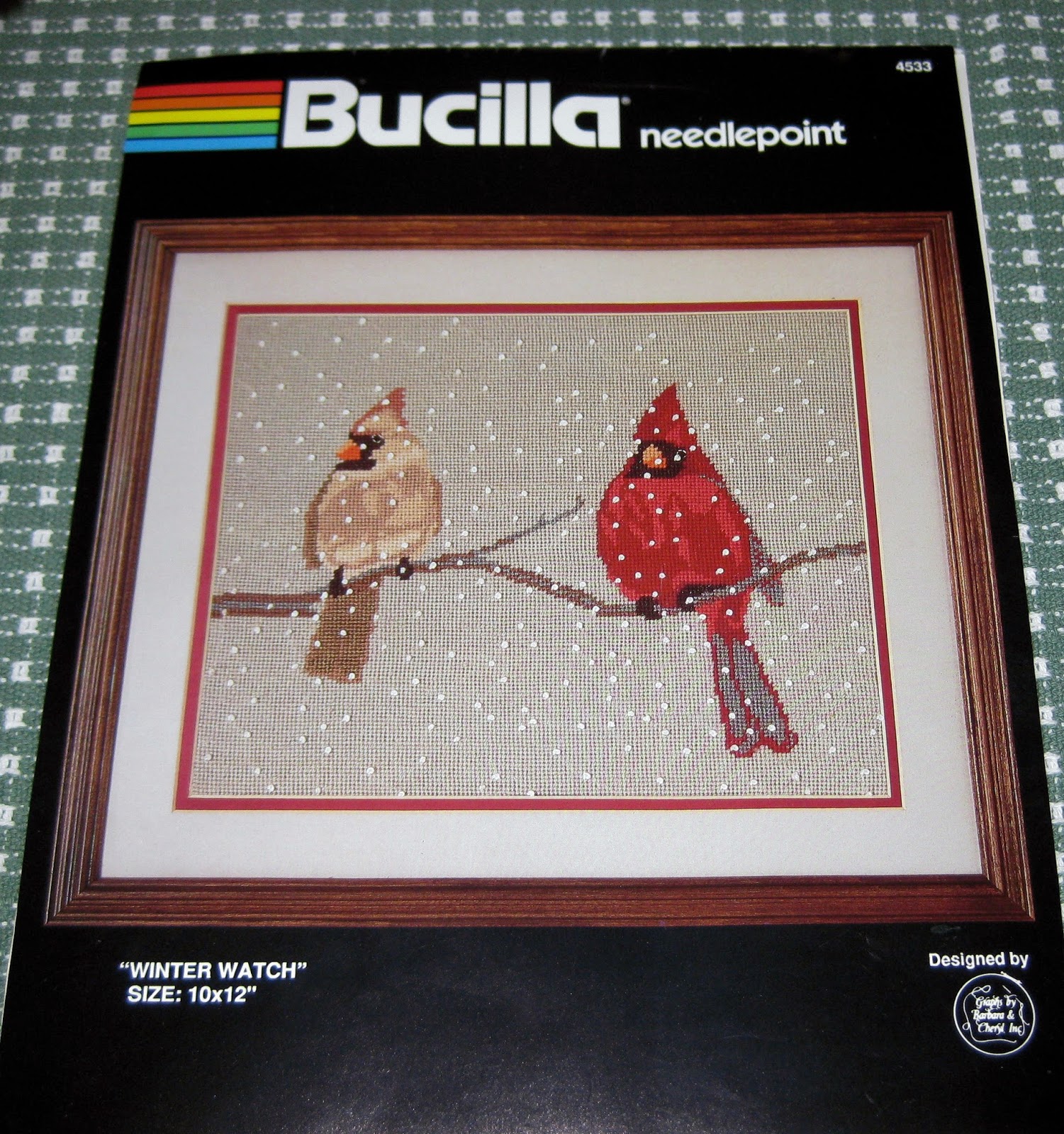 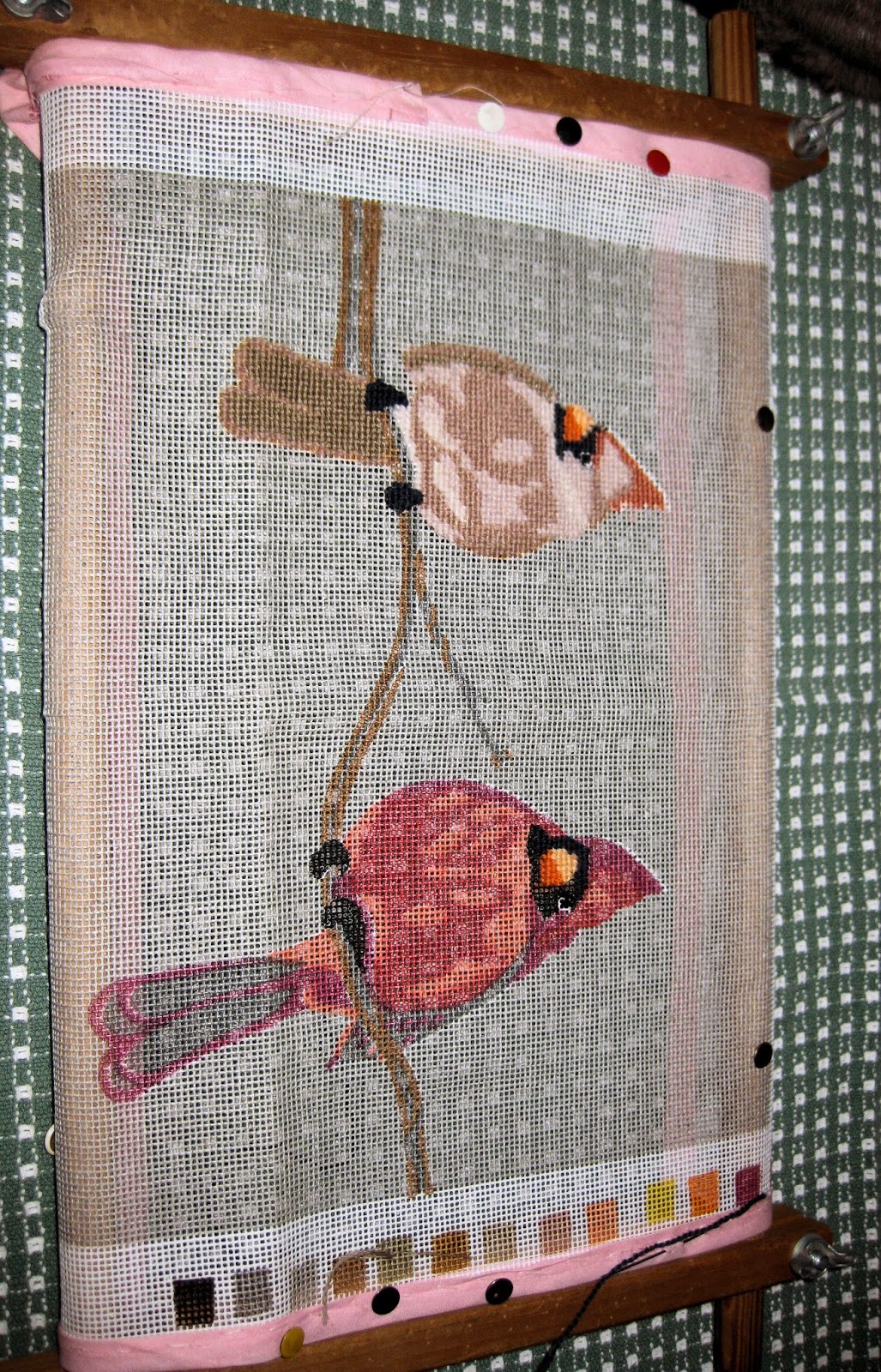 Sorry, for some reason I don't seem to be able to rotate it. 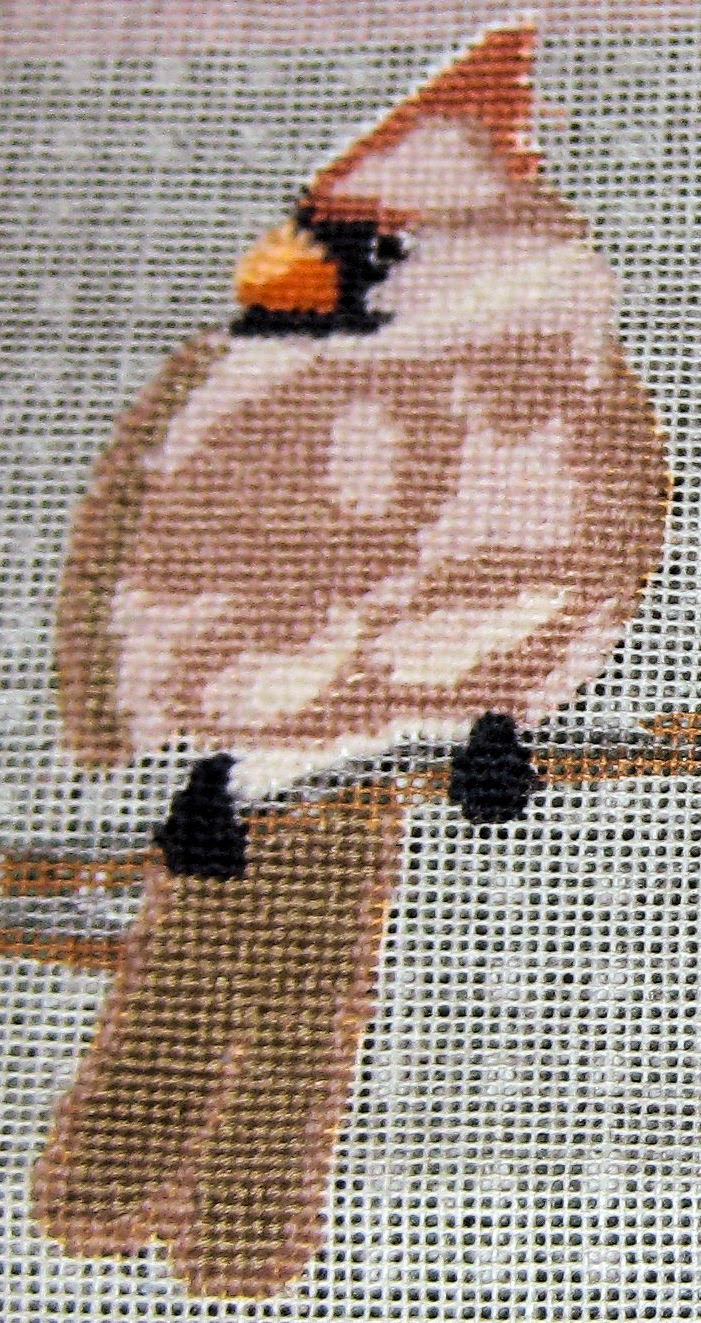 Since this was taken, I have finished the male cardinal as well
Photos to follow.

I decided to bite the bullet and send the camera back to Nikon to be fixed, so hopefully I will have more to show soon.

Love your needlepoint project! Cardinals are a favorite of mine, they always remind me of my grandparents.

Both projects are lovely! What a bummer about your camera. I hope it gets fixed quickly.

Glad to see you're sticking with the Knox sampler! It will be great fun to see it come to life.