I am still breathing! Still here. I apologize for the long absence.

I am among those to have found this to have been an incredibly short summer! I love the cooler temps we have had, but I do hate the now, noticeably dwindling daylight.

Although I have been working on The Knox Family Sampler exclusively, I don't feel like I have made good progress. I think this is the longest it has ever taken for me to complete a sampler.

I finally finished the large letters. The filigree work took quite a while.

Between stitching the letters, I tried to extend the borders a bit. Next, I started on the houses. The first house was brick. There is a straight stitch around each brick which did slow things down. 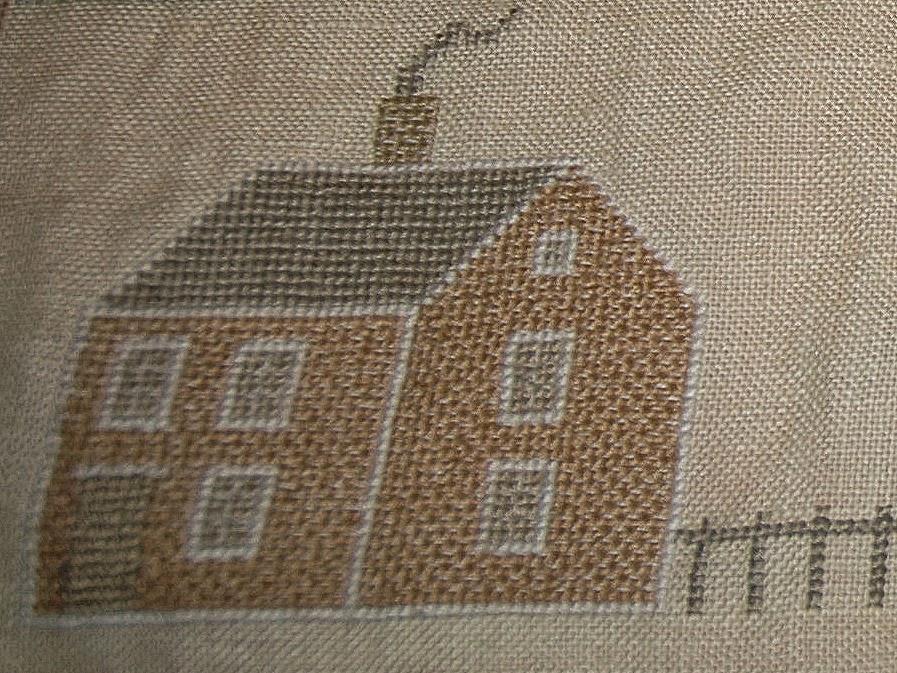 The next house was smaller and pink. The stitching was quicker on this one. 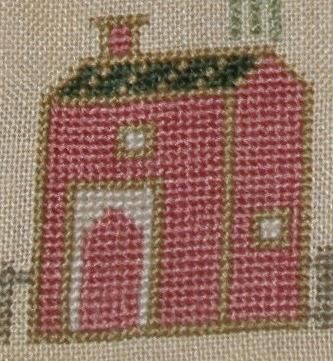 Then I started on the first tree. I am currently filling in the foliage on this one. The stitch used is a wheat-ear stitch. 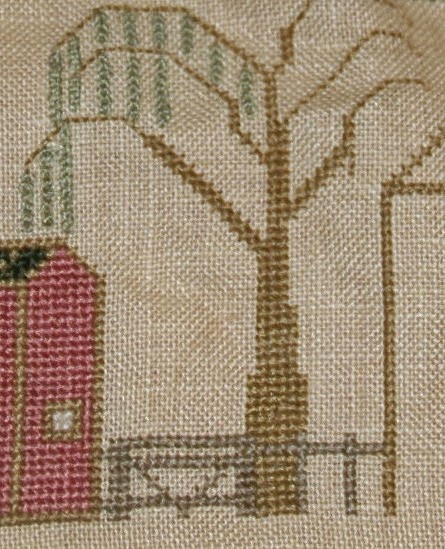 This is where I left off. It does seem like this sampler has taken a very long time. Of course one of the things we did this summer was to binge-watch 24, all nine days!
Watching Jack does not lend itself to quiet, careful stitching!

It was hard to get a good photo of the entire sampler so far. This is the best one I could find. 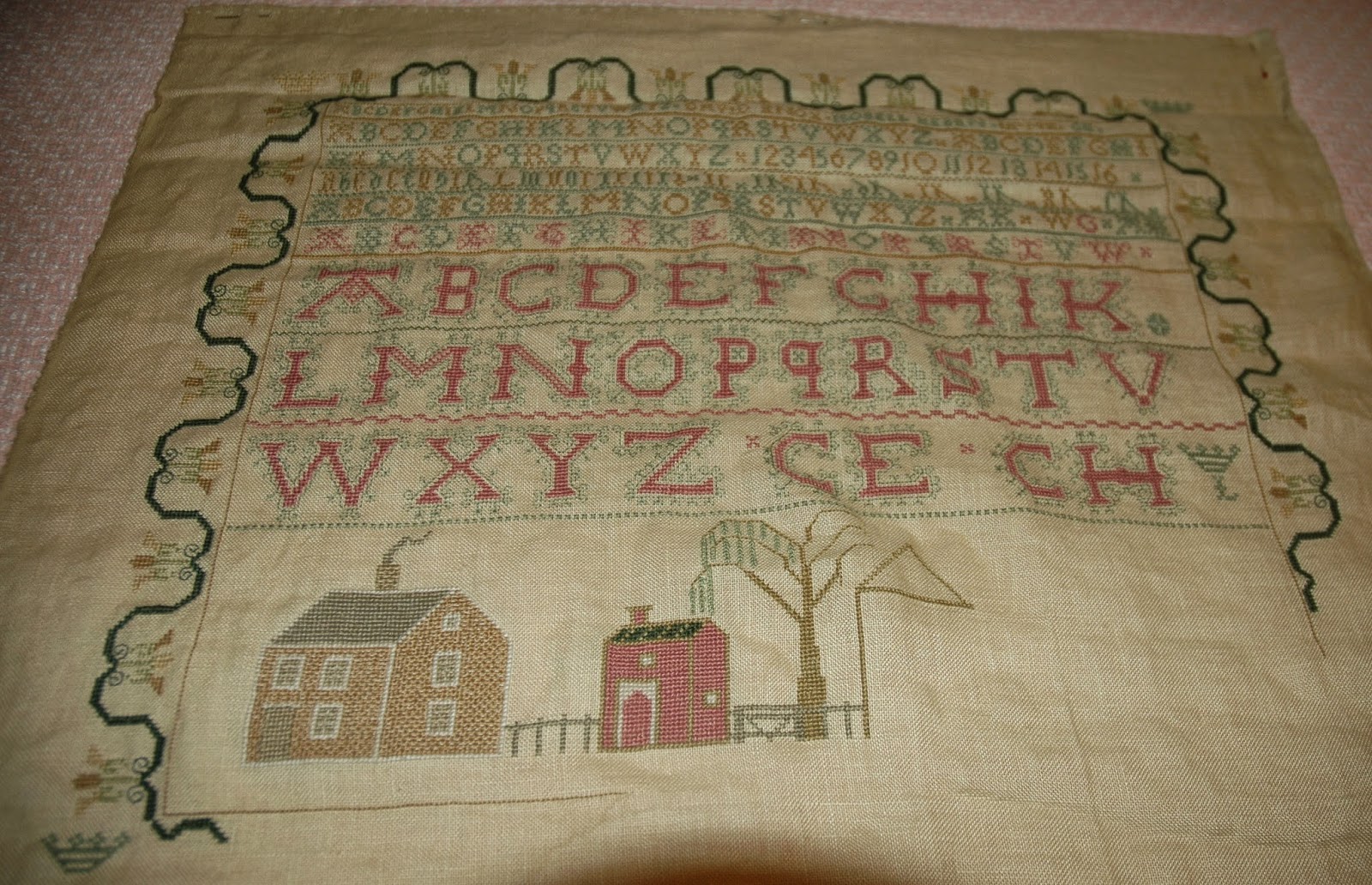 I really hope to finish this one up soon!

I have been busy in the garden, but it hasn't been such a good year. The tomatoes have been very small, and we had no luck at all with the squash or bok choy. Atleast we had a good crop of string beans and peas!

We did have some trouble with the chickens this year. We have a red fox of all things! I have been told they are rare in these parts. Lucky us! Unfortunately he managed to kill 6 of our chickens before we fortified the chicken yard fencing. It is very hard to free-range chickens around here between the hawk, raccoons, foxes, and the like! We let them out every afternoon for several hours, but only when someone is here to keep an eye on them. The worst, the absolute worst, was Bev! She was a mother hen who stayed to protect her 4 chicks. The other chickens ran away, but she stayed. Of course he got her and carried her off screaming! The chicks were very small, and in the following days, we lost 2 of them. The other 2 however, are now thriving! we always forget how violent nature can be. I know the fox probably had kits somewhere, but I sure wish she had picked on some squirrels, and left my hens alone!

Not to be forgotten is my August TUSAL! 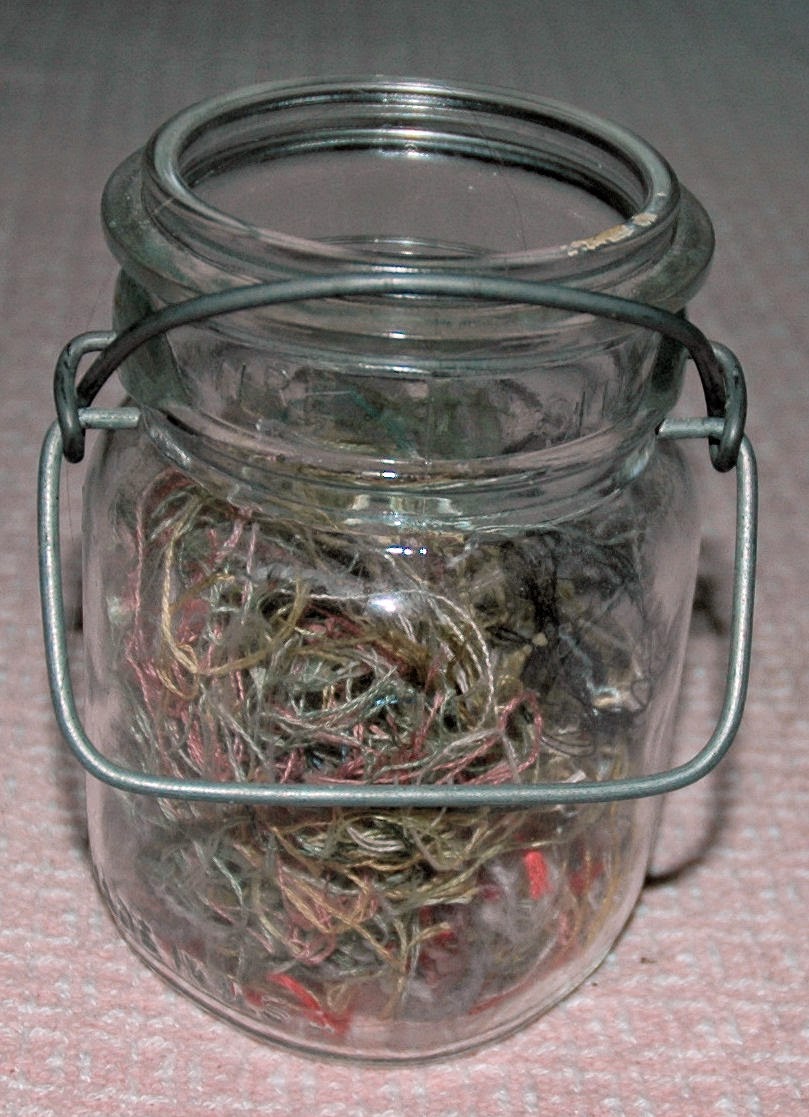 Hope everyone is having a nice summer!
Back soon.
Erica