This has been such a busy time for me, so full of distractions!

I have finally finished the MacIntosh Poster. I don't know why but this one seemed to take a long time. Lots of partial stitches and backstitching. 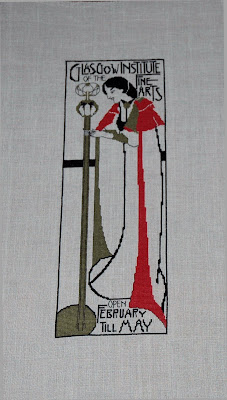 I will be looking for a simple black frame for it.

I need to go back and work on my braided rug, but I will also be starting Harvest Blooms by Hands to Work. 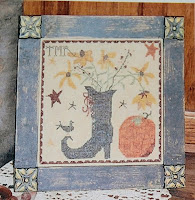 I am planning to stitch it on 32 count Light Sand, using Sampler Threads. I was a little disappointed because I wanted to use one strand on 36 count, but the piece I had wasn't quite big enough, and I am determined to use the fabric I have in my stash if possible. With the 32 count, now I will will have to use two strands.

I had a really good weekend. I went to a flea market on Sunday and found some wonderful quilts! I love vintage quilts, and when they are a bargain, I cannot resist them!

The first one is "Trip around the World". It is very worn and well used, but it was clean with very few tears. I guess some would consider it a cutter, but I couldn't bear to cut it up! I just love the colors! 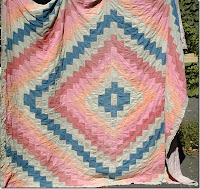 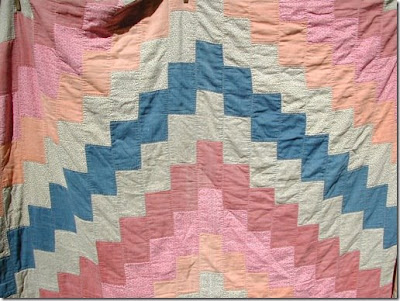 The next one was a modified nine patch with a lot of triangles. This featured a lot of the indigos that I love! 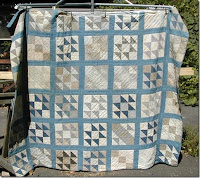 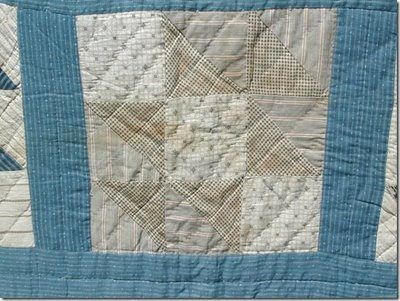 Last, but not least was a cranberry Basket quilt top. 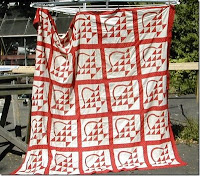 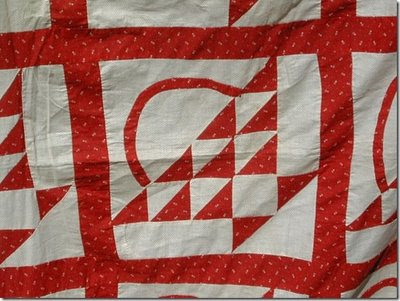 This top was made many years ago, and then put away. It is in excellent condition, with no wear or stains! I will be looking some period fabric for the backing. I am looking forward to quilting and finishing this one!

You can feel it in the air.

Today is no ordinary day.

I live about 25 miles northwest of ground zero. I will never forget where I was at the time.
I had turned on CNBC to check out the market when they started reporting about an accident that had happened downtown. It was reported that there was a plane crash. Since this was so close to Wall Street, everyone was right there. The details coming out were very sketchy.

Within minutes, they got the live shot set up and switched over. I stood there and I watched in horror to see the second plane fly into the South Tower as it happened.

My husband crosses the Tappan Zee Bridge every day to go to work. He called to say that he saw the smoke from the bridge. I informed him that the second tower had fallen.

That weekend, we crossed the bridge. It was impossible to look away. Down the Hudson you could still see all the smoke, but impossibly, the towers were just GONE! The brain just doesn't compute this, and tries to fill in what is missing.

Now we have the speeches and memorials. Starting with Bush, all the politicians have managed to make themselves a part of this, some even forging a career on it. They will all either show up today, or make a speech.

The day does not belong to them! It belongs to the family and friends of all those wonderful "ordinary" people who decided to get up in the morning and go to work!

To all of the secretaries, traders, lawyers, custodians, firemen, policemen, pilots and passengers on the planes, we will always remember you!

...And to all the politicians - JUST GO HOME!

Just one New Yorker's opinion!
Posted by Erica at 8:29 AM 2 comments:


Many thanks to Holly who gave me this award! She has great blog that I always enjoy reading! 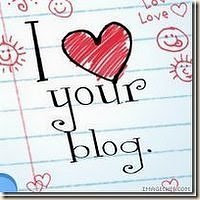 Thank you so much! It is greatly appreciated! It is amazing anyone would read my scribblings!

I am now at the point where I read so many blogs every day, that it is very hard for me to nominate a few to receive an award, and many have already received this one. I will have to pass for the moment on the nominating.

I am finding that my eyes do get fatigued easily, but I have done some stitching on the MacIntosh Poster. The lettering has been tougher than I thought because there are so many partial stitches. Also there is a lot of freehand stitching on the curves that does have to be very accurate. It has slowed me down. 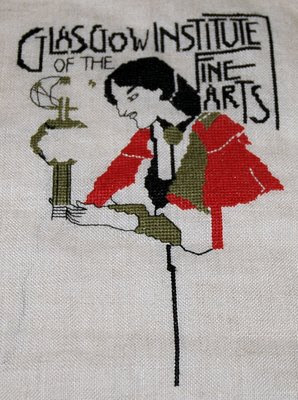 Also, I thought you would like to see a picture of two of my stitching "helpers". These guys sit behind me on top of the couch so they can watch everything I do. 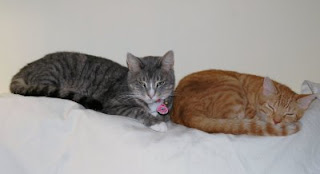 Both of these guys were shelter cats. Ollie, the orange tabby, became very sick right after we adopted him. He got a virus similar to the Parvo virus in dogs. It took quite a bit of medical care, including a transfusion, but he survived! The vets were amazed.

Gracie, my little gray tabby was hit by a car. Another miracle! She survived broken ribs, a punctured lung, and a cracked skull. She did lose one eye, but so far, it hasn't even slowed her down! No chipmunk is safe with her around!