This was not my first pillow!

I have made pillows with piping before, and I have installed many zippers in my time.
I have no idea why all of this went so wrong. It seemed like everything that could go wrong, went wrong!

I finally finished Winter Watch, after what seemed like forever filling in all that gray and then making all the French knot snowflakes! 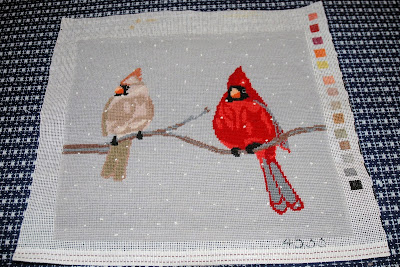 I decided to turn it into a pillow. I remembered that I had a piece of gray velveteen in the attic that I thought would be perfect for the backing. As it turned out, it wasn't the best match, but it was ok. I wanted to stay away from the Christmas reds, so it would be displayable in January-March. 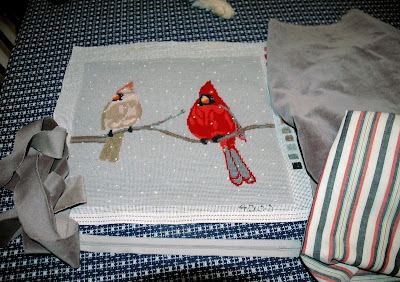 Well, then my troubles began. My trusty 50+ year old Kenmore was acting up! The tension was all messed up, and the clutch for some reason wouldn't engage. How does this happen when the last time I used it, it was perfectly fine?

Well, after an entire afternoon of fiddling with it, I got it so it would work, not perfectly, but enough to get me through hopefully.

No matter what I did, I couldn't get that pillow to line up! It seemed like the backing had skewed itself, so it was crooked. I don't know how this happened because I basted everything, but it slid around somehow!

After hours of trying to straighten it out, I gave up. This is what it looks like:

I was going to make a pillow liner for it but I didn't, thinking that maybe someday I would go back and revisit it. For now though, I am so frustrated, I can't even look at it!

I guess it is ok if no one turns it over, but people always do, don't they? 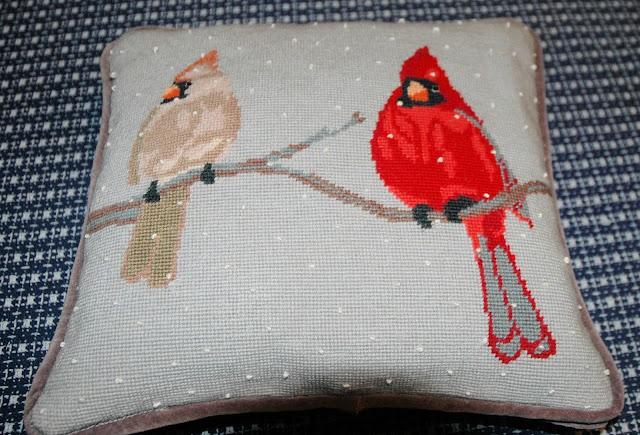 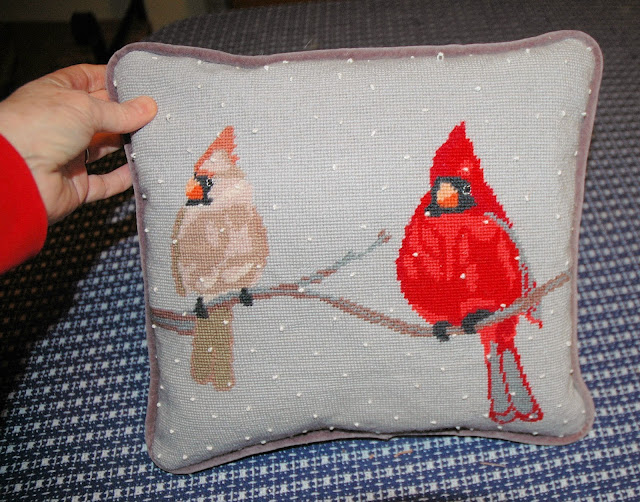 I would love to fix this, but I really don't know how I can make it any better. I can feel my blood pressure going up just thinking about this! What a disappointment! Maybe I shouldn't have attempted the zipper with the piping on such a thick fabric as the velveteen. Certainly not my best work! Oh well! Moving on . . .

I knitted a pair of socks for me! This was actually my first finish for the year. 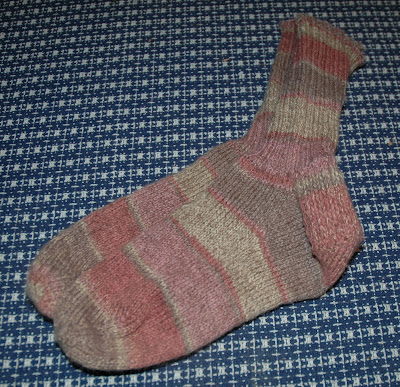 I knitted these using Kroy sock yarn, in Brown Marl. I liked the colors. They seem so cozy.

For a change of pace, I am now stitching Love Heart from Bothy Threads. I love this design. It is so fun and quirky! 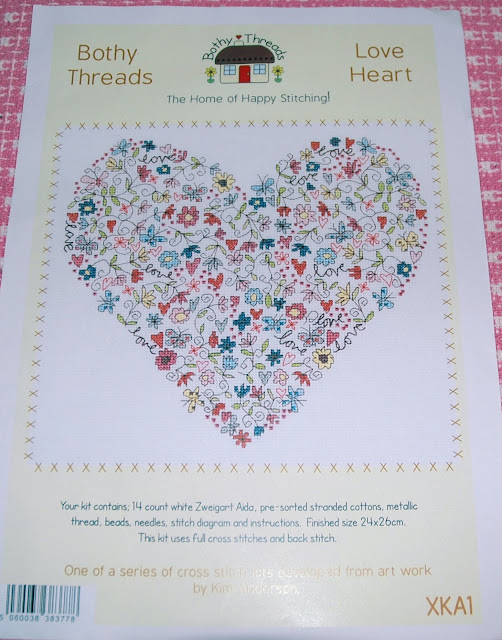 This is what I have so far: 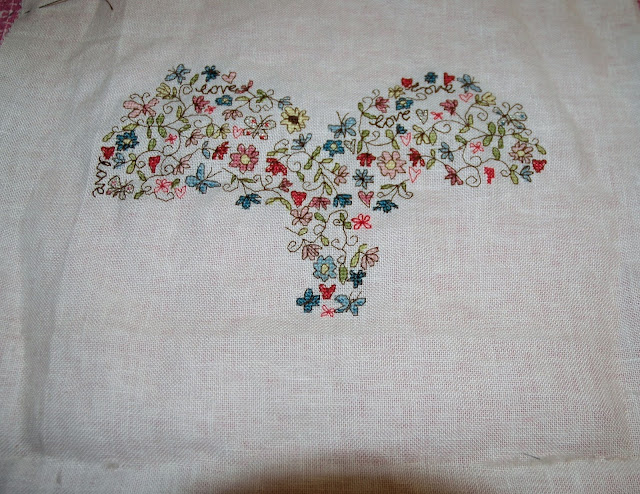 I did swop out the aida for 28 ct linen, which I much prefer. In hind sight however, I wish I had chosen 32 count linen instead of the 28ct. I didn't realize how big this design was. I would like to frame this one, but my wall space is somewhat limited

That's all I have for now. I am looking forward to spring as I am sure all of your are. I suspect that winter is not quite done with us though! March is always a tricky one!
Posted by Erica at 1:55 PM 5 comments: